Primevest Capital Partners and Vodafone to roll out €20 million fiber optic network for 6,000 householders and companies in Hadamar, Germany

Dutch-German investment manager Primevest Capital Partners and communications group Vodafone Germany are to roll-out a state-of-the-art fiber optic network in the city of Hadamar in the Hessian district of Limburg-Weilburg. Primevest will finance and build the infrastructure for around €20 million and lease it back to operator Vodafone, which will market and provide ultra-high-speed internet services over the new network.

Bas van Dongen, Communication Infrastructure Partner at Primevest Capital Partners, said: “Germany is one of the world’s leading economies but lags behind other markets in the provision of superfast broadband connectivity, which acts as a drag on productivity, both privately and in business. Primevest’s existing relationship with Vodafone has been expanded by this new agreement, which is our first fiber-to-the-home project with them that also includes private households. We see this as the first of many such projects in partnership with Vodafone, where we are both able to make a real contribution to the modernisation of Germany’s communication infrastructure that has huge untapped potential.”

The installation of the network will start later this year, providing access for some 6,000 households and companies to gigabit-fast internet connections over the next two years. The network will replace existing DSL systems which are unable to support the capacity demands of modern internet use, such as audio and video streaming in working from home and home schooling.

Jürgen Raith, Director of Fiber Optic Marketing and Rollout at Vodafone Germany, said: “Our agreement with Primevest will help move the city of Hadamar from the digital hard shoulder to the gigabit-fast lane. The Covid-19 pandemic clearly shows how important high-performance internet connections are. I am confident that many residents and businesses will recognise this and embrace fiber optic connections since they will improve people’s quality of life and enhance the competitiveness of companies.”

Primevest’s Bas van Dongen, concluded: ”This is Primevest’s 15th investment in communication infrastructure projects since launching our first fund in 2017 and we are now collaborating with eight network operator partners on fiber projects in Germany and the Netherlands. We have already financed some €100 million of projects and together with those under construction our total investment is now over €150 million. Our fund provides investors expert access to this fast-growing alternative asset class. We were one of the first investment managers to recognise the potential that communication networks offer to deliver low-risk and stable income streams, while also enabling better services for the end customer. With our inhouse capabilities and operator network we are well-placed to support investors as they look to diversify their portfolios.” 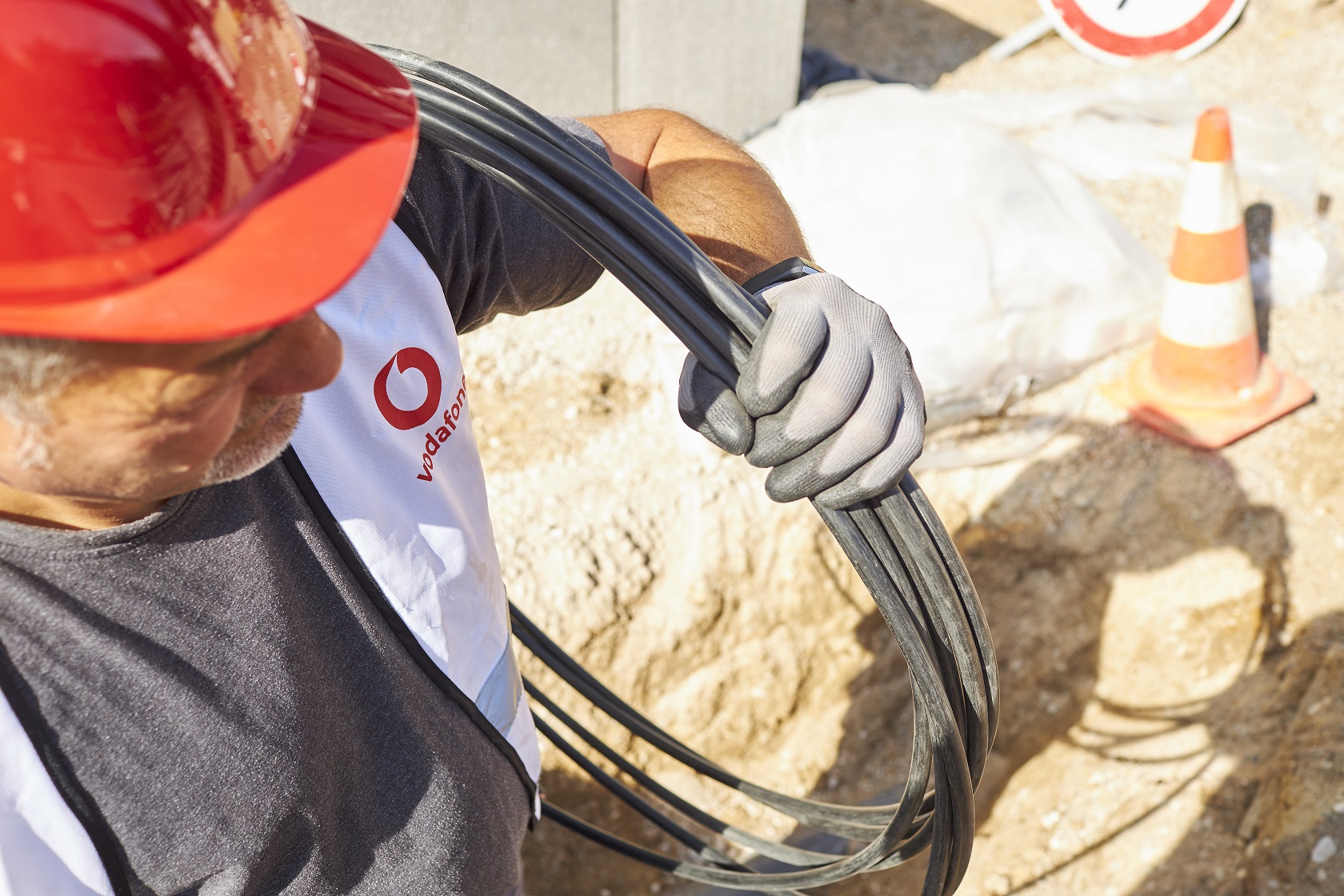 About Vodafone Germany
Vodafone is one of the leading telecoms and technology service providers in Germany. Half of all citizens in Germany are Vodafone customers – using Vodafone technology to access the internet, make calls and watch TV; and for connectivity at offices, farms and factories. The Düsseldorf-based company provides a comprehensive portfolio of internet, mobile, fixed and TV services. As digital transformation partner to German business and industry, Vodafone caters to enterprises of all sizes, from startups and SMEs to DAX-listed corporations. Vodafone is the #1 mobile network operator in Germany: no other market player connects more people and machines in Germany via its mobile network. It also has more gigabit fixed network connections and more TV customers in the country than any other German company.
Vodafone Germany employs some 16,000 people and generates total revenue of about €12 billion per year with more than 55 million mobile SIM cards, almost 11 million fixed broadband customers, 14 million TV customers and numerous digital solutions. As a gigabit company, Vodafone is a key contributor to the development of Germany’s infrastructure. Its German cable footprint extends to almost 24 million households and it provides a gigabit service to over 22 million of those. Vodafone intends to provide two-thirds of all German citizens with gigabit connections by 2022. With its 4G network, Vodafone reaches more than 98% of Germany`s households and the Vodafone NB-IoT network for the industrial and business sectors is delivering IoT connectivity on 97% of Germany’s total area. Vodafone has been operating Germany’s first 5G network since mid-2019. Its 5G services will be available to around 15 million people by 2020 and to 30 million people by 2021.

Vodafone Germany is the largest operating company of Vodafone Group, one of the world’s largest telecommunications companies, contributing around 30% of its revenues. Vodafone Group has over 300 million mobile customers, more than 27 million fixed broadband customers, over 22 million TV customers and connects more than 112 million IoT devices worldwide.

Vodafone is connecting people, places and things around the globe to improve lives and create a better future. A focus on sustainable business practices ensures that the technology building tomorrow’s digital world does not come at the cost of our planet. Vodafone uses electricity from renewable sources, is switching to an electric vehicle fleet, has a sustainable supply chain and re-purposes, re-sells or recycles 100% of network waste.

A diversity and inclusion agenda with a wide range of measures is at the heart of the Vodafone culture. It includes support for families, networks for women, fathers and members of the LGBT+ community, as well as diversity training programmes for managers. Vodafone is respectful of all individuals, regardless of nationality, disability, age, religious or sexual orientation, gender identity, belief or cultural background.

Copyright Primevest Capital Partners 2021
We use cookies to ensure that we give you the best experience on our website. If you continue to use this site we will assume that you are happy with it.Ok